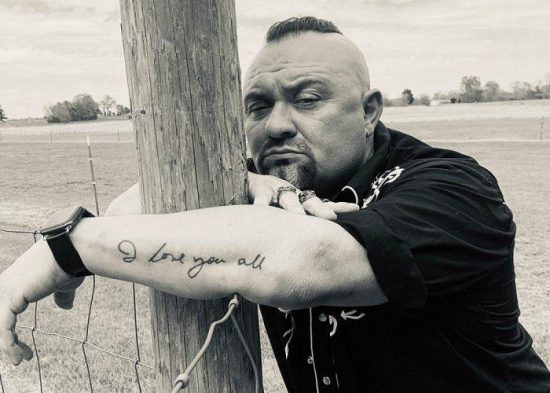 Roe Valley Arts & Cultural Centre in Limavady will host Northern Ireland’s only gig by Thomas Gabriel when he brings his autumn tour to Limavady on Thursday 20th October.

The eldest grandson of Johnny Cash, he has enjoyed a front row seat with one of the greatest musicians of the 20th century, which has helped to inspire a musical journey of his own.

After recording his first EP at the age of 20 in his grandfather’s studio, Thomas is now carving out a successful career based on his seamless blend of country, Americana, and rock sounds.

Reflecting on his grandfather’s influence, he said: “Growing up, he would show me chords, listen to music I’d written, and ask me about the songs I wrote. I would watch his live shows and if I had a question about how he did something, he’d show me. He was always real supportive.”

Having lived out many of the themes his grandfather sang about, his debut album Long Way Home was released in 2018. Featuring songs which are swampy, bluesy, redemptive and vulnerable, they cover his drug addiction on ‘Slipping Away’, his prison time on the tracks ‘1-9-7-4’ and ‘Cell’, and how a broken soul can be renewed by love with ‘Come to Me’.

It’s been a rough road and a road less travelled, but when you meet Thomas Gabriel you’ll soon learn that each and every twist and turn has taken him from the lowest of valleys to the highest of mountain tops.

The performance will take place on Thursday 20th October in the Danny Boy Auditorium. Admission cost is £17 or £15 concession

With an incredible and distinctive voice, just like Johnny Cash, his song writing is personal and his stories are always amazing. Join us for a truly special evening.